Share a memory
Obituary & Services
Tribute Wall
Read more about the life story of Josephine "Josie" and share your memory.

Josephine “Josie” E. Rigby, 74, of Plum Tree Lane died Sunday on January 1st, 2023, at Mercy Hospital in Springfield after complications suffered from a stroke that hospitalized her in December.  She was born in Stretton, England on April 6, 1948, the daughter of William and Joan Hankey. She grew up on Mosswood Farm with her family, pony Peggy Sue and dogs Freckles and Tess.
Josie attended local schools in England, continuing her education by graduating from the International Business School in London, England.  Josie was fluent in Italian and French. She ran the American Institute of International Studies for two summers in Rome, Italy. Josie met her future husband Robert in 1972 and they were married on September 15, 1973.
Josie and Robert, along with their children Andrea and Graham, moved from England to Brockville, Canada in late 1977. They then moved to Watertown, NY in 1982 and lived in Deerfield, NY before finally moving to Greenfield, MA in 1992. Josie raised her children at home before later working for Northfield Mount Hermon School for twenty years in the Alumni Relations office where she led annual Alumni reunions, something she truly loved to do.
Outside of work, Josie served as a Pioneer Valley Swim official and past President for over twenty years.  Josie was secretary of two bowling leagues and was actively involved in the community, including volunteering at LifePath in Greenfield. She loved to bowl, play tennis and badminton, and won many awards as an Equestrian in her youth. She loved to travel with her family and husband Robert – visiting many states and countries in the process.
Besides her beloved husband of forty-nine years, Robert Rigby, Josie leaves a daughter, Andrea Kessler of Lincoln, NE; a son, Graham Rigby and his wife Lee of Keene, NH; two grandchildren, Gavin and Clara Jane; a brother, Billie Hankey of Waterhouses, England; and cousins John Ramicone of Columbus, OH, James and Marcia Ramicone of North Royalton, OH and Albert and Sandy Ramicone of Lakeside, OH; several beloved nieces and nephews; and her dog Harvey. She was predeceased by her mother and father, her sister Helen, her sister-in-law Phyl Hankey and cousin Jane Ramicone.
Per Josie’s request, there will be no services at this time. A memorial service will be announced at a later date.
In lieu of flowers, memorial donations in honor of Josie can be sent to LifePath at 101 Munson St, Suite #201, Greenfield, MA 01301.
Arrangements are under the direction of the Kostanski Funeral Home.  For condolences, please visit www.kostanskifuneralhome.com.

To send flowers to the family or plant a tree in memory of Josephine "Josie" E. (Hankey) Rigby, please visit our floral store. 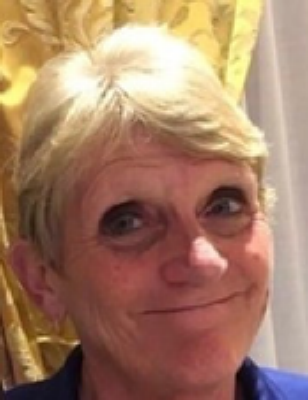 You can still show your support by sending flowers directly to the family, or by planting a memorial tree in the memory of Josephine "Josie" E. (Hankey) Rigby
SHARE OBITUARY
© 2023 Kostanski Funeral Home, Inc.. All Rights Reserved. Funeral Home website by CFS & TA | Terms of Use | Privacy Policy | Accessibility