Plant a tree in memory of Edmond
An environmentally-friendly option 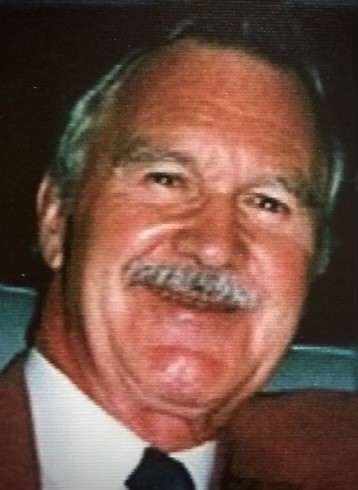 Edmond L. Lachapelle, 91, died peacefully, surrounded by loved ones, on Tuesday, April 6, 2021, at Hospice of the Fisher Home, in Amherst, MA. He was born in North Adams, MA, on August 23, 1929. He was the son of Ferrier and Beatrice (Babeu) Lachapelle.
Edmond was an amazing and intelligent man and left an unforgettable imprint upon those whom he touched. During his early years, Edmond attended Notre Dame, a Catholic school that taught in French in the morning and English in the afternoon. He became proficient in both languages. At the tender age of 12, he would ride his bicycle from his home in North Adams to Cheshire, which was about 30 miles each way, to race his prized homing pigeons. This was not only a hobby for Edmond, but a deep passion. He was a member of the International Federation of American homing pigeon fanciers. He won many first and second place racing competitions and was the Secretary of his local chapter.
Edmond began his work life at age 13, at Sears Roebuck, on the cleanup crew. Incredibly, at age 14, he was hired by the Boston & Maine Railroad and worked in the freight yard. As a youngster, he contributed his full paycheck to his family until he reached the age of 18.
Edmond attended Drury High School. He graduated in the class of 1947. He was very athletic and voted Captain of the track team and was the Running Back for the football team. He excelled in both academics and sports. During his years as a teenager, Edmond loved to explore and would make numerous trips with his friends to Canada, where a good majority of his relatives resided. Edmond was an avid New England sports fan from an early age. He would venture out by train, as a teenager, to Red Sox games, sometimes staying for a couple days, while attending and cheering on his favorite team.
Edmond served honorably in the Military, with the US Army, from 1951-1953 and then remained in the Reserves from 1953-1957. When he got home from the Military, he was once again working for the railroad in the ticket office. His desire was to become a train dispatcher, however, in doing so, he needed to learn Morse code. He became very proficient and still, at age 91, was able to recite and remember each signal. He did get the position as train dispatcher, after all, and worked in over 100 locations over his career. He retired at age 58.
Edmond also loved playing the piano. He memorized over 155 songs and played them by ear. Later in life, he took the time to learn how to read music and played the piano beautifully. There were many at the Fisher house that enjoyed listening to him until his very last day. Music was a staple of life for him.
Edmond was also a prolific writer in both prose and poetry. He hand-wrote his life, working on the railroad and its many different twists and turns. His writings are expected to be published by his daughter, Barbara.
Edmond is also known as the family historian, whereas he photographed and or took movies of many family events, leaving us with many wonderful memories. He always had his camera ready for that special shot.
Edmond loved sports and enjoyed watching the Bruins, Celtics, Patriots and especially the Red Sox. His favorite team, however, was the UConn Women's basketball team. There were many years in the Lachapelle home where you could hear Edmond and Stella cheering on their teams. They attended many of the local sporting events, which often involved their children, grandchildren and great grandchildren.
Edmond loved to compete and play games, whether it was cards, cribbage, checkers, or a Jarts tournament in the backyard. He was known as the Jarts champ for many years. He also learned how to play golf in his later years. It is safe to say that he left an indelible mark upon his family, as they are all game lovers, as well.
Edmond was a deeply religious man and not a day went by without reciting his rosary. His Catholic faith was an integral part of his life.
Edmond was a true family man and took a great deal of pride in his three daughters, from the day they were born. That pride was reciprocal, as his daughters loved and respected their father from day one...he will be sorely missed by not only them, but by a great many people.
Besides his parents, Edmond was predeceased in death by his wife, Stella, in 2019. Edmond & Stella were best friends and soulmates for 64 years, marrying on October 16, 1954. These two loving souls were inseparable in life and are finally reunited, where they are "together again."
Edmond leaves his three daughters, Barbara Dumas and her husband Jamin, of Oregon; Nancy Burniske and her husband Raymond, of South Deerfield; and Sharon Summers and her husband AnDre`, of Plainville. Edmond was blessed with many grandchildren including Benjamin, Sonia, Jha-Vanne and Malik Dumas, Jeffrey Burniske and his wife Kim, Tanika Mathis and her husband Duane, and Jhamilla Hoffine and her husband Aaron. Edmond's many Great Grandchildren include Skyla and Jacob Burniske, Fatima Wilson, Jha-Barrie Portis, Xavier and Alyvia Hoffine, Jha-Kai and Kaedrick Dumas and Great Grandchild Zaire Harrison-Davis.
Edmond also leaves his sister Pauline Sweet of Stamford, VT and many nieces and nephews.
The family extends a very special thank you to the entire medical staff at the Hospice of the Fisher Home in Amherst, who so lovingly cared for Edmond over the last months of his life.
Due to health concerns over the Covid-19 pandemic, services and burial will be private.
Memorial contributions may be made to Hospice of the Fisher Home, 1165 N. Pleasant Street, Amherst MA 01002.
For condolences, please visit www.kostanskifuneralhome.com

Plant a tree in memory of Edmond by clicking here.
To send flowers to Edmond's family, please visit our floral store.

Plant a tree in memory of Edmond
An environmentally-friendly option

Plant a tree in memory of Edmond

1 tree planted in memory of Edmond

A Memorial Tree was planted for Edmond L. Lachapelle

Plant a tree in memory of Edmond