Share a memory
Obituary & Services
Tribute Wall
Read more about the life story of Dr. Robert and share your memory.

Dr. Robert Neal Speth, son of Glen Speth and Lillian Slattery Speth, passed away peacefully on January 1, 2023, at the age of 85.
Robert was born in St. Charles, Illinois on September 4, 1937.  He attended St. Charles High School and graduated from the University of Illinois in 1959 with a Bachelor of Science degree.  He received his medical degree with highest honors in 1963 from Tufts University in Boston.  Robert completed his residency as an ear, nose, and throat surgeon at New England Medical Center.  For his dedication to his field of otolaryngology and for achieving the highest level of training, he was named as a Fellow by the American College of Surgeons.
While studying in Boston, he met his wife DiAnn Kuzmeskus. They married on July 14, 1962, and eventually settled in Greenfield where they raised their children Robert and Allyson.
“Doctor Bob”, was beloved by all of his patients for his compassionate and attentive care.  He loved the practice of medicine and made an impact in the medical community.  He was a member of the Massachusetts Medical Society and was the president of the medical staff at Franklin Medical Center from 1984-1986.  He conducted early research for the treatment of diabetes.  He also used his medical expertise to serve in the Air Force as Chief of Otolaryngology at the military hospital in Detroit, Michigan.
Music was always a part of Bob’s life. In college, he was a member of the Men’s Chorus. He was also president of his university glee club, and under his leadership, they earned a trip to compete at the World's Fair.  He shared his gift throughout his life as a tenor in the Pioneer Valley Symphony chorus for 35 years and in the Old Deerfield Singing Society.  The joy of singing and his tenor voice will live in the memory of those who loved him.
Bob loved sports, especially golf. He started playing as a child and was captain of the University of Illinois golf team. He could often be found at the driving range or on the putting green and enjoyed many years with his son and friends at the Greenfield Country Club. He especially liked taking in a Red Sox game and watching spirited Patriots games on Sundays with his family.  Bob also loved gardening alongside his wife.  His love of animals led him to serve on the board of the Greenfield Animal Shelter.
Friends will remember Bob for his love and passion for medicine, his tenor voice, his passion for golf, and his big heart. Besides his beloved wife DiAnn of 60 years, he leaves behind his daughter Allyson Randall and her husband Bradford of Simsbury, Connecticut, his grandchildren Jackson, Isabelle, Georgia, Celia, and Victoria, and Amy Hamilton Speth of Deerfield.  He was predeceased by his son Robert Speth Jr. in October of this year.
A calling hour will be held Saturday February 4 from 10:30-12 noon at the Kostanski Funeral Home, 220 Federal Street, Greenfield followed by a brief remembrance at 12 noon at the funeral home.
In lieu of flowers, donations can be made in Bob’s memory to the Dakin Humane Society P.O. Box 6307 Springfield, MA 01101 the Pioneer Valley Symphony 239R Main St. Greenfield, MA 01301, or the Salvation Army 72 Chapman St. Greenfield, MA 01301.
For condolences, please visit www.kostanskifuneralhome.com.

To send flowers to the family or plant a tree in memory of Dr. Robert N. Speth, please visit our floral store. 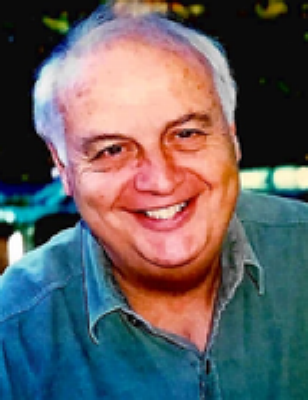